The only window of opportunity I had to vote was after work and after picking up Daphne from daycare so she accompanied me :). My voting area did not hand out stickers but I did get a receipt! I was looking forward to Nov. 6th more than my own birthday next Tuesday, hahaha. I stayed up late last night to watch the live election results and while it was better than the 2016 disastrous results, some key races were still disappointing. But having a record midterm voter turnout is a still a win!

I haven’t had a manicure for a while so this autumn look is a big deal. The dark green shade is Formula X called Huntress (fitting). The light gray is from Essence with a confetti-like topcoat from Sally Hansen.

I’m modeling my mani on top of this weird, weird book called The Waiter by Matias Faldbakken. This was translated from Norwegian and I’m sure some things were probably lost in translation…I wouldn’t recommend it because I don’t even know what I read. There’s no plot and no payoff for character investment.

Yep, it’s about time for another Mimiboo picture! She’s been hanging out on Daphne’s changing table again, lol. Look at how fluffy she is!

I haven’t shared any pictures yet from my Central Euro trip back in September so here are just a couple from my last full day in Budapest. Hubby and I spent nearly all day at the Gellert Baths, which had and indoor swimming pool, outdoor wave pool (pictured) and a few thermal baths inside with varying temperatures. Ahhhhh, so needed after trekking all over Prague and Vienna!

This particular bath was 38 degrees Celsius. Check out those mineral deposits on that fountain! It ain’t no blue lagoon but I always appreciate a natural geothermal spring! 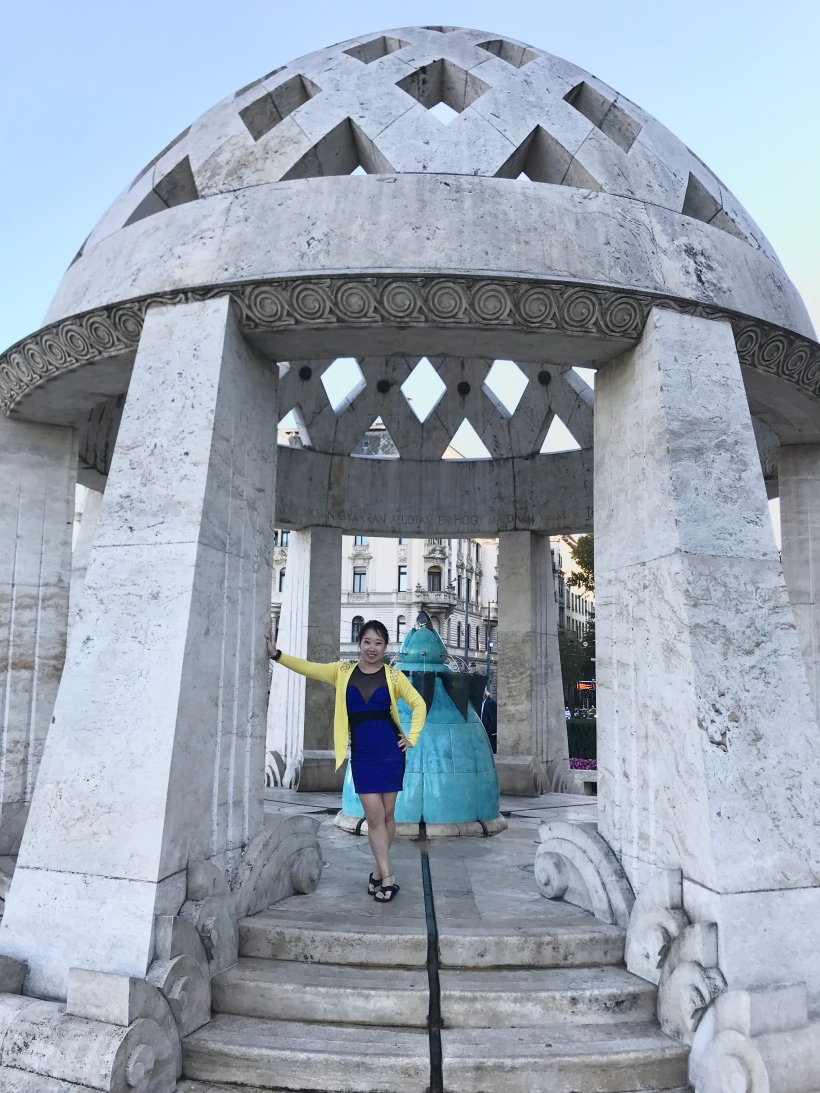 This was right in the lobby of the Gellert hotel. The spa was underground. Overall, I think I preferred the Szcheny baths because of the huge selection of different indoor baths as well as the giant outdoor ones with jets!

I am a young professional who cares a great deal about fashion, beauty, food, literature, art--anything and everything that inspires and/or draws an incredible amount of awe from me.